Blasterball 2 Revolution has similar gameplay to its prequel; the player has to control a paddle and aim to hit the ball against the bricks above it. The player completes the stage when all the bricks are destroyed (or when entering a Secret Stage). The game can be played with a mouse, or a keyboard.

Every 20 levels, the players will face a "boss" which is known as Guardian. These are more difficult than normal levels and the player must defeat them to advance.

For the Powerups, please go to the Powerups article as it's for all the games instead of just one, and is more convenient this way:

some of these critters are found on the Critters wiki article.

To view the Stages, please go to the Stages article, which includes all stages including bonus stages. 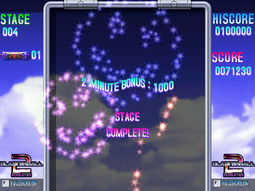 Completing a level from Blasterball 2: Revolution 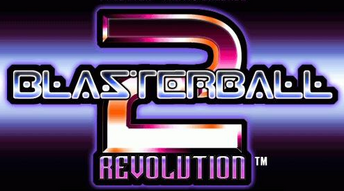 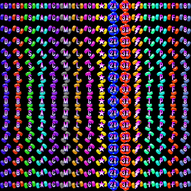 Add a photo to this gallery

Retrieved from "https://blasterball.fandom.com/wiki/Blasterball_2:_Revolution?oldid=4822"
Community content is available under CC-BY-SA unless otherwise noted.