Unknown
Blasterball Wild is a game developed and published by WildTangent. It is an expansion of the first game in the Blasterball Series adding an additional 50 levels to the original, giving it a total of 100 levels.

This has similer Breakout style of the other games, but is more simple, and things like music, the background is always black, and the blocks were wider and shorter. This game was an expansion on the original Blasterball, adding 50 stages, and only having 10 of those stages in the demo of the game.

This arguably has the most simple graphics than the other games in the series. Most of the assets are in 2d, with the only 3d ones being the Paddle, the Ball, and the Bricks. This is the first game to use 3d models, with the next to do so being Blasterball 3, and Blasterball 2 to require a 3d graphics card to see shadows. 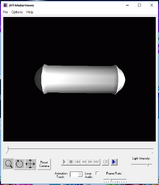 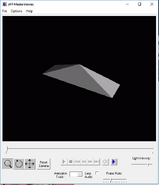 Retrieved from "https://blasterball.fandom.com/wiki/Blasterball_Wild?oldid=4813"
Community content is available under CC-BY-SA unless otherwise noted.